In 1982, the Lord brought Lester Ainsworth to North Adams to start First Bible Baptist Church. The first service was held on Jan 17, 1982 in a small store front with an attendance of 17.  After several months the church moved to the Briggsville School building in the neighboring town of Clarksburg, while the search for a more permanent site was being explored.

In the fall of 1982 an abandoned church building was discovered by Pastor Ainsworth.  It had been patiently waiting, in a slowly, but definitely declining state, for many years. The building was constructed in the 1890’s by the Wells family as a Sunday School building for the Braytonville Christian Union. The building was available rent free for whoever would like to use it for “religious purposes.”    Although many felt the building was not worth saving, our Pastor had a vision.  Along with his wife Nellie and a dozen brand new believers armed with shovels, scrapers, hammers, and sheet rock;  Pastor advanced upon the facility with purpose and determination. The raccoons were relocated, holes in the walls were patched, new concrete floors poured, and virtually every window was replaced.  How great was the day when the boards were finally removed from the windows and sunshine once again streamed in!  The walls of this little building would once again house the preaching of the Word of God and echo the songs of praise.

During that same year, God directed the paths of Eric and Shelly Malachuk to First Bible Baptist Church. Looking for a preacher to perform their wedding ceremony, they found Brother Ainsworth who led them both to the Lord. After several years of growth and involvement in the ministry, the Lord called Pastor Malachuk into the ministry, and he became the Associate Pastor.

In 1990, Pastor Ainsworth resigned, and the congregation called Pastor Malachuk as Senior Pastor. In January of 1991 Pastor Malachuk was ordained to the Gospel Ministry, and in 1994 he surrendered to full time service, having been previously bi-vocational. The Lord blessed this step of faith as throughout the years the church has seen significant growth in numbers and an extension of ministries. In 2004 the Lord allowed for the church to build an 5000 square ft. addition. Pastor Malachuk has carried the vision of reaching the Berkshires for the Lord for over 20 years.

In 2015 Pastor Malachuk was honored for 25 years of faithful service to MGBC.

Below are the most recent audio messages. You can find all audio recordings here, or subscribe on itunes. 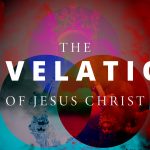 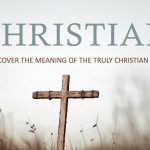